Rum and the sea are inseparable, and no rum is more akin to the sea and the sailor than Pusser’s Rum–the Original Navy Rum.For more than 300 years, from the earliest days of wooden ships and iron men, sailors of Great Britain’s Royal Navy were issued a daily ration–or “tot”–of rum by the ship’s “Purser” (corrupted by the sailors to Pusser’s).

Prior to 1740, the men’s daily tot of Pusser’s Rum was a pint a day, which they drank neat, that is without water! Before battle, they were issued a double ‘tot’, and always after victory for a job well done! From 1655 to the 19th century, Pusser’s Rum was one of the few daily comforts afforded those early seamen of Britain’s Navy as they fought around the globe to keep the Empire intact and its sea lanes open. It was not until July 31st, 1970 that the Admiralty Board abolished the daily issue of Pusser’s Rum. “Times had changed”, they said as they concluded that “in a highly sophisticated navy no risk for margin or error which might be attributable to rum could be allowed”.

And so it was that the daily issue of Pusser’s Rum, which had stood the test of time as the Navy’s longest serving tradition for over 300 years, was cast aside like a piece of flotsam and jetsam where it lay quietly until 1979.

In 1979, Charles Tobias–entrepreneur, global sailor, raconteur–sought to resurrect the Pusser’s Rum tradition. He obtained the rights and all the blending information from the Admiralty, and formed Pusser’s Ltd. on Tortola in the British Virgin Islands and began bottling and selling this storied spirit in 1980 to the public for the first time. (Prior to then, it was restricted to the Royal Navy). British Navy Pusser’s Rum is the same Admiralty blend of five West Indian rums as issued on board British warships, and it is with the Admiralty’s blessing and approval that Pusser’s is now available to the consumer.

The Royal Navy Sailor’s Fund, a naval charity more commonly called the “Tot Fund” receives a substantial donation from the sale of each bottle of British Navy Pusser’s Rum. Aside from the fund’s original bequest, the Pusser’s contribution has become the fund’s largest source of income.

Today’s Pusser’s Rum, known as “the single malt of rum” is still produced in exact accordance with the Admiralty’s specifications for rum. Unlike most rums, Pusser’s uses no flavoring agents. It is 100% natural. In 2001, Pusser’s was awarded the “Gold Medal – World’s Premier Dark Rum” at the International Wine & Spirits Festival. In 2003, Pusser’s Rum won a “Double Gold Medal” at the San Francisco World Spirits Competition and a Gold Medal at the same festival in 2005.

Charles Tobias continues today as CEO of Pusser’s and its legendary rum, which is said by experts and epicureans alike to be rich and full-bodied, with an unsurpassed smoothness due to its natural ingredients. Pusser’s costs a little more because it is more expensive to produce.

It is predominantly a “pot-stilled” rum. The distillation process is similar to that used for single malt scotches, which produces greatly enhanced flavor. Served neat or on the rocks, or mixed in a famous Caribbean inspired recipe–such as the Pusser’s Painkiller®—you will enjoy the full and natural flavor of Pusser’s Rum – and will really discern the big difference between Pusser’s and all other rums!
[Source: Official website]

You can buy Pussers rums from one of our partners below: 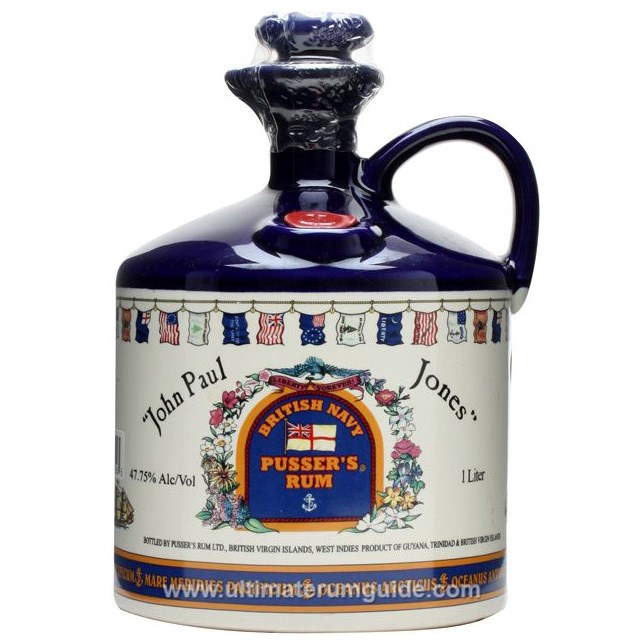 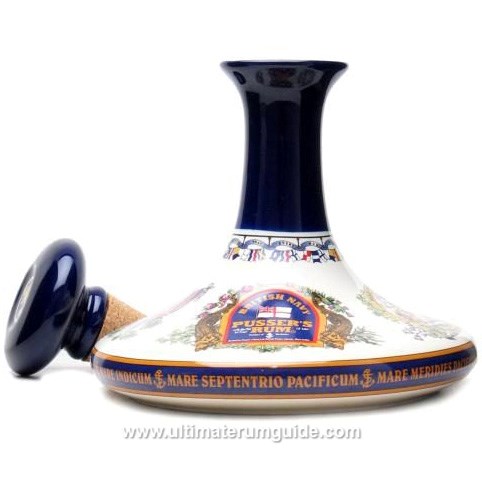 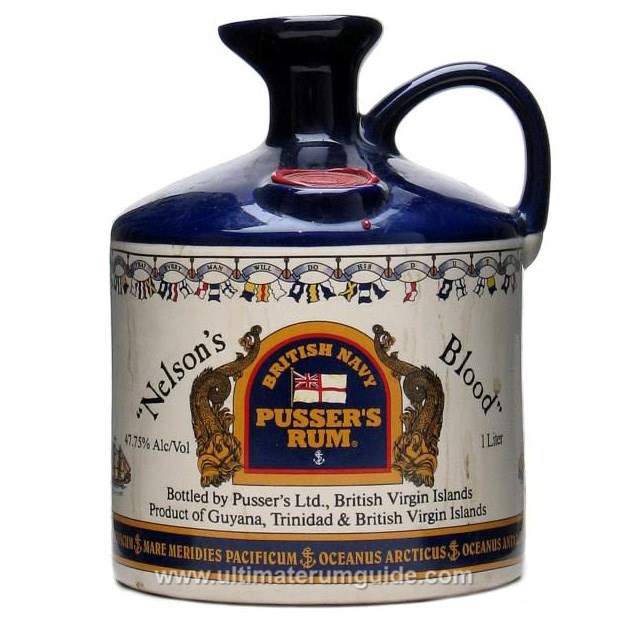 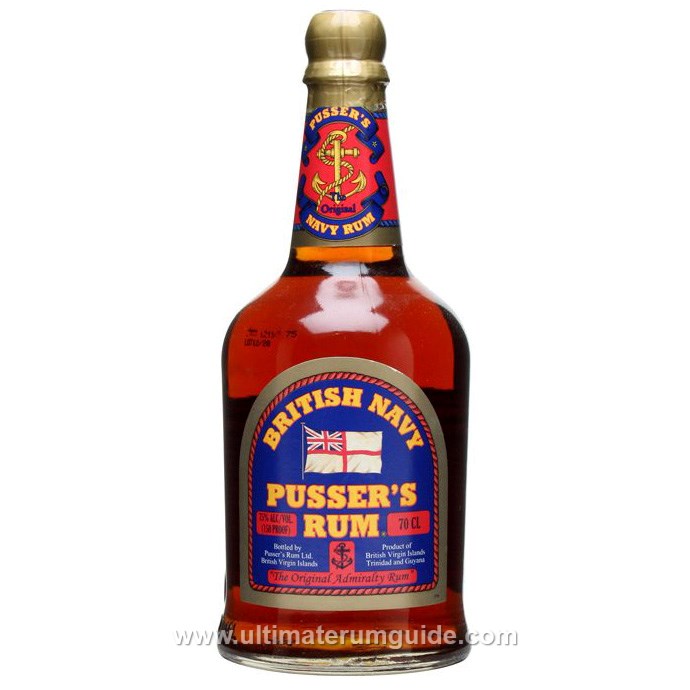 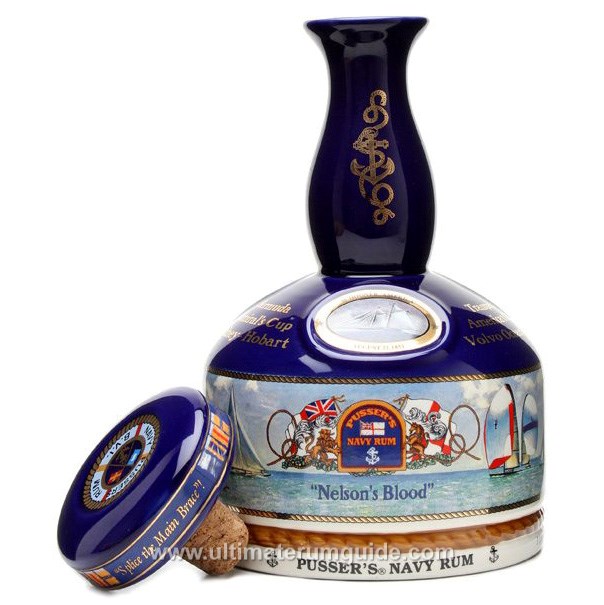 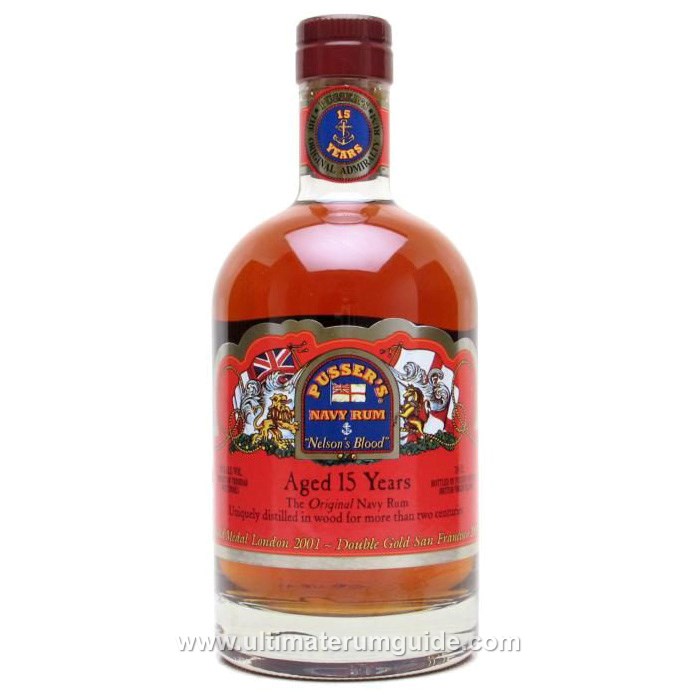 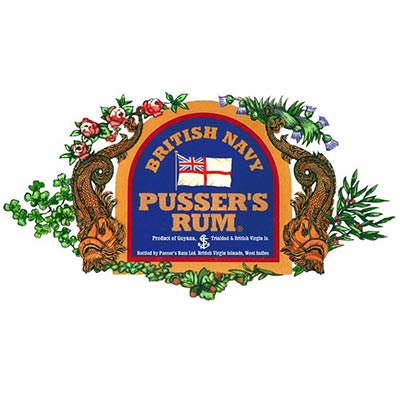